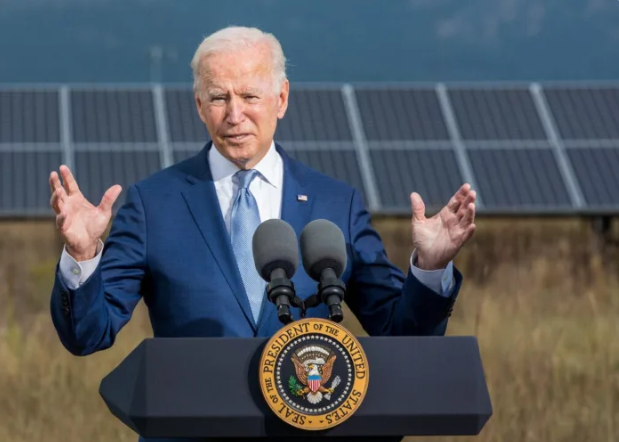 Moving the country away from fossil fuels and toward clean energy is one of President Biden’s top goals. However, a legally required trade investigation in response to a complaint has caused some issues.

Auxin Solar, a solar panel manufacturer in California, filed a complaint alleging that China was illegally circumventing existing tariffs by moving their factories to Malaysia, Vietnam, Thailand, and Cambodia. This means they can claim the panels were not made in China and avoid U.S. tariffs in place. The products allegedly then get dumped into the U.S. market at way lower prices than what U.S. solar panel makers can build them for.

This investigation into whether Chinese solar manufacturers have been improperly funneling parts cut solar installation forecasts in half. Across the United States, thousands of solar installations are halted due to the lack of panels available. Biden’s move of limiting tariffs will ensure a cheap supply of solar panels. An attempt to put stalled solar projects back on track.

Abigail Ross Hopper, the president and chief executive officer of the Solar Energy Industries Association said “the president’s action is a much needed reprieve from the industry-crushing probe”. Last month, Hopper stated that this investigation was “wiping out a decade of solar job growth”. The U.S. solar industry has grown exponentially recently. However, it is nowhere near the pace needed to reach Biden’s goals of becoming net carbon-neutral by 2045.

Biden, determined to reach this goal, is willing to let these potential trade violations go unpunished for the next two years. Additionally, Biden is invoking the Defense Production Act. This will help expand American solar panel manufacturing, as well as other clean energy technology like building insulation, heat pumps for buildings, and equipment for power grid infrastructure like transformers.

With the administration encouraging production to ramp up, they expect that domestic solar manufacturing will triple by 2024. This would be enough panels to switch more than 3.3 million homes to solar energy per year. Make the change and go green with us. Fill out an application to get started here. If you are interested in learning more about solar you can read more here.